The School Health Implementation Network for the Eastern Mediterranean Region (SHINE) is a 5-year project funded by the United States National Institute of Mental Health (NIMH). SHINE is one of 10 NIMH funded networks, all of which are working to address challenges to scaling-up mental health interventions in low and middle-income settings. This makes the project a very good opportunity for sharing knowledge and best practice in these countries.

The SHINE collaboration involves partners from across the Eastern Mediterranean Region including the World Health Organisation Office (WHO) for the Eastern Mediterranean Region, and country representatives from Ministries of Health, Education, research Non-Governmental Organisations and Universities in Egypt, Iran, Jordan and Pakistan. These partners are supported by other international partners, including the University of Liverpool, in the UK, and the John’s Hopkins University, the University of Washington, and Harvard University/Boston Children’s Hospital in the US.

The SHINE initiative is structured around the implementation of evidence-based School Mental Health Programs (SMHP) developed to be regionally applicable to the Eastern Mediterranean Region. The initiative seeks to provide a task-sharing model where non-mental health professionals – in this case school teachers – deliver elements of mental health promotion, prevention, and care alongside referral pathways for specialist care when needed. By targeting schools, this project aims to deliver mental health services in a more natural environment where children and adolescents spend much of their time. In addition, SHINE has also been developed to implement science research on the SMHP. A Collaborative Learning Group (CLG) is linked to the initiative in order to not only enhance the implementation of the SMHP in the SHINE network partner countries, but also to promote a regional capacity to conduct scientific research.

Below is a summary of some of the activities in the countries involved:

Egypt:
The Egyptian General Secretariat of Mental Health has been actively involved in implementation of the SMHP in Egypt since 2016. First, the Theory of Change (ToC) methodology was used as a ‘planning tool’ to develop a theoretical implementation strategy for public schools. At the level of stakeholders, the Ministry of Health and the Ministry of Education were involved. Secondly, the city of Al Obour was chosen for the pilot implementation, and 25 school psychologists were trained. These Psychologists then cascaded the training down to 173 teachers and 80 parents across 7 different public schools in the Al Obour district. A psycho-social support centre was also established to receive the referrals of those children who were identified with mental health problems in the different schools. It is important to note that in the last year, a total of 3105 were identified and referred. This project was funded by the organization Save the Children. A mixed qualitative and quantitative study in cooperation with the University of Liverpool revealed a high parent satisfaction with the new model of school mental health services. However, this evaluation also found that more efforts in order to improve teacher engagement in the program are needed. 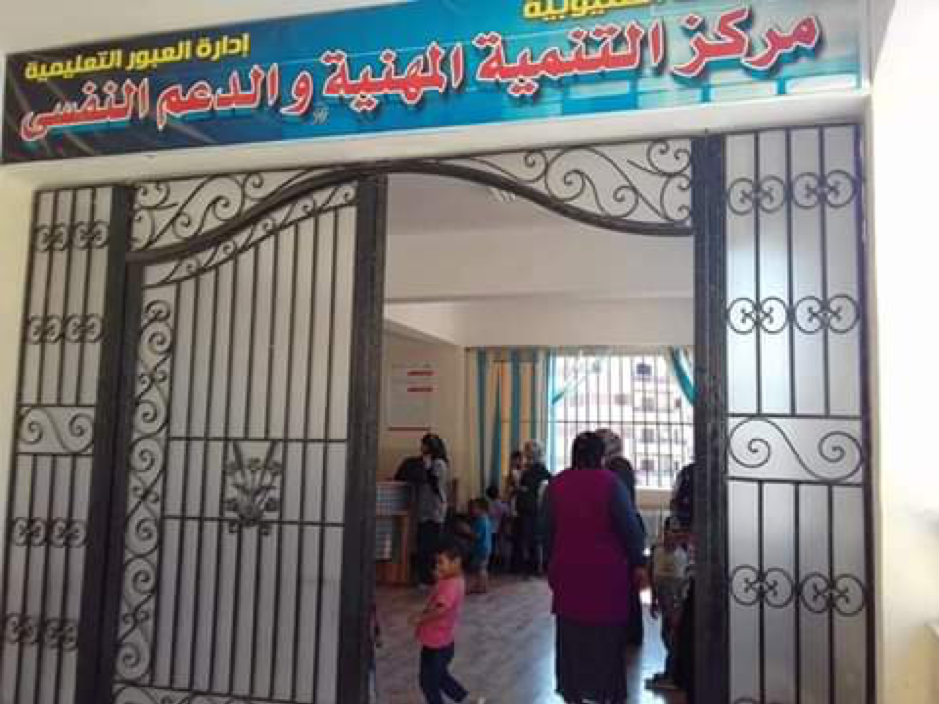 Iran:
The SMHP in Iran started with a 1-year pilot implementation program in two elementary, two primary high, and two secondary high schools. A total of 156 teachers were trained in the identification of mental health problems in children and the management at the classroom level. Teachers were also instructed on how and when a referral to specialist services is needed by using an established pathway that has been agreed upon with the Ministries of Education and Health. The project has so far reached a total of 1531 children and adolescents. The program has been able to provide preliminary evidence of its feasibility and its positive impact on teachers’ knowledge about mental health problems and their skills in the provision of care. It has also showed positive outcomes on the reduction of students’ emotional and behavioral problems. 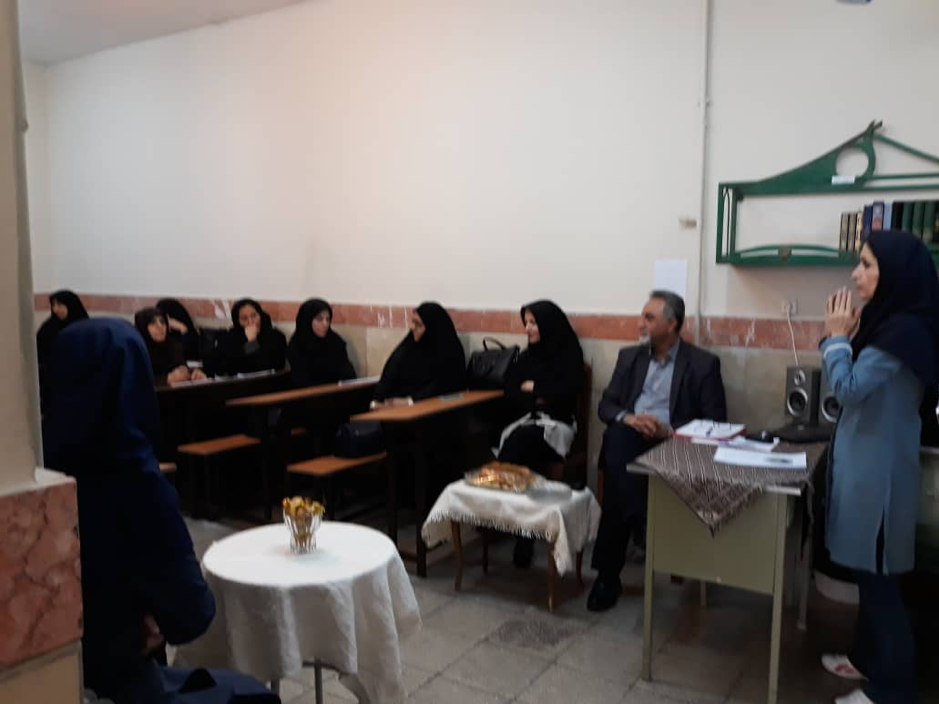 Jordan:
In May 2016, the WHO conducted a workshop entitled “Training of Trainers on the School mental health program” in Amman, Jordan. Participants came from several countries including Egypt, Jordan, Morocco, Pakistan, Oman, Bahrain, Iran, Saudi Arabia and Qatar. The Jordanian team included participants from the Ministry of Health, the Ministry of Education, National Women’s Health Care Center and NGOs. Following the meeting, the Jordanian team has been working together with SHINE and multiple stakeholders on the implementation of the SMHP in Jordan.

Pakistan:
The SMHP in Pakistan was first piloted in Kallar Syedan, which is a town in the Rawalpindi district. A total of 72 primary, middle and high schools were enrolled. Approximately 50 teachers were trained in the SMHP, the ‘Champion teachers’ for them to continue with the training of other teachers, following the cascade training model. The training was conducted over 3 days by expert trainers in the Institute of Psychiatry, which is a tertiary care unit in Rawalpindi.

After the initial training of the champion teachers, the project identified challenges to SMHP implementation which included difficulties to ensure a method for monitoring and evaluation of the project by the teachers who had attended the training. It was also found that teachers were stressed and overstretched, and some of them lacked awareness about how to recognize mental health issues in children. There was inconsistency in the leadership of the education department and stakeholder buy-in had to be formalized to ensure a smooth roll out of the program. Poverty at the family and school levels was another important limiting factor.

In order to overcome these limitations, the Enhanced School Mental Health Program (eSMPH), a scale-up research that includes the development of a technological platform to train and supervise teachers was conducted. An eSMHP online training portal was also developed where users were able to track their progress using a web interface. This was accompanied by an active forum for users to discuss their progress and challenges, which was supervised by the intervention team. A software that acts as an aide memoir and presents the intervention strategies from the manual was developed.

A cluster randomized controlled trial (cRCT) will be conducted in Gujar Khan, another town in the Rawalpindi district. Eighty schools will be enrolled and 4 teachers will be trained from each school; these teachers will act as master trainers in the future. By a process of cluster randomization, half of the schools will receive the regular program while the remaining half will receive the eSMHP. Key program implementation outcome variables will include teachers’ competency, teachers’ program implementation behavior, parent-teacher interaction, school psychosocial environment and several child outcomes. 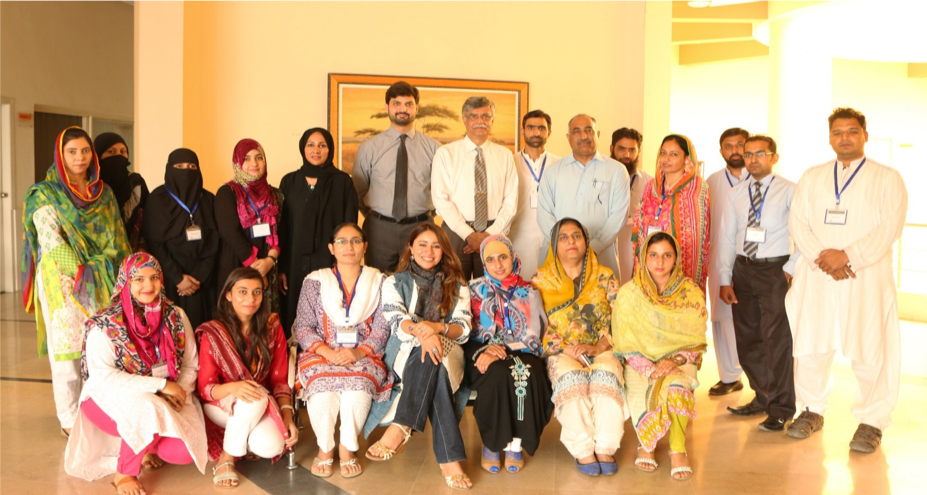 These regional experiences of implementing the SMHP are promoting bi-directional learning across the EMR countries involved in the SHINE network through the CLG. The CLG has served as a platform for countries to develop publications reporting on regional activities to underpin SMHP implementation, and to provide country-specific experiences on the implementation and evaluation of the SMHP. This forum has been found to offer an important source of technical guidance, and to provide a rich diversity of learning about the processes of implementing the SMHP at scale in a wide range of different EMR contexts.

Disclosure: The editorial process for this article was managed by Dr. Maite Ferrin as Dr. Hamoda (Editor) is involved in this project.