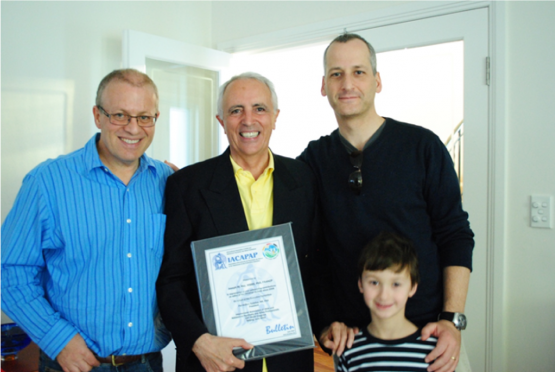 To consider or represent (something abstract) as a material or concrete thing: to give definite content and form to (a concept or idea); to make something real, to bring something into being.
— Merriam-Webster Dictionary

Editors need to know their targets well. I first met Joe Rey, via email, in 2002, when putting together my first edited volume, Pediatric Psychopharmacology: Principles and Practice[i]. Joe was unusual from the outset among the book’s many contributors. For starters, he seemed to respond to my email messages even before I even sent them, a singularity that I attributed to the advanced Australian time zone and date line. Even more uncannily, he responded to my invitation not only in the assertively, excitedly affirmative – he in fact one-upped me. He and his colleague Garry Walter would gladly write the invited chapter on ECT, a topic they had the most global experience in[ii]. But would we editors please consider adding a chapter on complementary and alternative medicine (CAM) as well, an emerging area we had little knowledge about. Joe and his Aussie gang had me at hello.

During a family visit to Sydney in 2011, I was the lucky recipient of Joe’s home turf hospitality. I had the privilege of presenting him then with a plaque recognizing his superb contributions as editor of IACAPAP’s Bulletin[iii]. The consummate gentleman that he is, Joe introduced me to leaders in Australian child psychiatry – colleagues who remain close friends to this day. I remember clearly a conversation we had while driving to the historic Rivendell Hospital, an august institution for which he had served as medical director years before. I had made an unabashed pitch to Joe, the latest of many: would he please update his chapter on oppositional defiant and conduct disorders to the fifth edition of Lewis’s Child and Adolescent Psychiatry[iv]?

He agreed to come on board, but I could sense that his thoughts were elsewhere. Would I, Andrés, in turn consider joining a new venture that he had recently dreamed up and which then-president Olayinka Omigbodun was enthusiastically supportive of. By then I could not turn Joe down, or Olayinka. Not even as I recognized that their idea was lunacy destined to certain failure. The grand project went something like this: Joe would edit a textbook in child and adolescent mental health that was: a) free; b) accessible online; c) updated piecemeal, one relevant chapter at a time; and d) authored in partnerships between authors from developed and less-resourced nations. To top the grandiosity, the book would be available in a number of translations, and have associated educational resources such as clinical applications, multiple choice questions, self-assessment exercises, and downloadable slide decks allowing users to ‘take the show on the road’.

I was polite. I tried to, anyway. This folly of his was a house of cards with no chance of success. It would soon collapse into nothing but yet another unbuilt blueprint. How could such a dreamed-up book, a virtual book at that, compete with the staid, blue-chip, paper and two-tone ink tomes of learnéd knowledge that we had professionally grown up with? How could the lowly Joe Rey of Sydney Australia compete with the titans of the international, for-profit scholarly publishing juggernaut?

Oh, the joys of being short-sighted and unimaginative!
Oh, the pleasures of being on such the wrong side of history!
Oh, to eat my shorts and realize I was so far off the mark – that I was not even wrong.
Consider this my reframe, my rationalization, my post-facto revisionism.
Consider this, above all, my salute and tipping of the proverbial hat to Joe Rey, Editor-Supreme, Editor-Visionaire.

Less than a decade later, that dream’s history has been writ large, a folly no more. The IACAPAP Textbook of Child and Adolescent
Mental Health[v] comprises 10 sections, 59 chapters, and over 175 authors hailing from 24 nations. The book’s chapters have been viewed over 400,000 times online[vi]. Chapters printed in distant locations with limited web access are photocopied and circulated as so much samizdat. The book has been translated in its entirety into Spanish[vii], and translations into 7 other languages are currently underway, ranging from Arabic, Chinese and French, to Hebrew, Japanese, Portuguese and Russian. If imitation is the truest form of flattery, the Textbook may have reached a new success milestone when its first unauthorized translation appeared, a two-volume monster of more than 4,000 pages of printed paper. After all, if the good Don Quijote had an unauthorized sequel, why not the Textbook?

Why not, indeed? After all, the ultimate goal of the work is to reach as far and wide as possible, to go where no textbook can reach or be afforded. By this and every other conceivable metric, the Textbook has been a stunning success. In a very literal way, it has been a game-changer in child and adolescent psychiatry. I know of what I speak, having had my edited textbooks relegated to the dustbin of history (or to a sad ultimate fate as heavy doorstops).

The state of the Textbook is strong, its health and vital statistics in great shape. With a vibrant board of international contributors and associate editors, and with a young and energetic pipeline of authors and junior editors working alongside an experienced and committed senior editorial board, the book will continue to blossom in the years to come.

Were it not for one piece of business that required urgent attention by the summer of 2018. During IACAPAP’s 23rd Congress in Prague, the organization’s Executive Committee made a recommendation that was as timely as it was obvious. The motion was proposed by presidents Daniel Fung, Bruno Falissard and Olayinka Omigbodun, and unanimously embraced within minutes by the full board. The recommendation was vehemently resisted at first by the founding editor, but he ultimately came to accept it, in no small measure thanks to his loving wife Helen talking sense into the man. 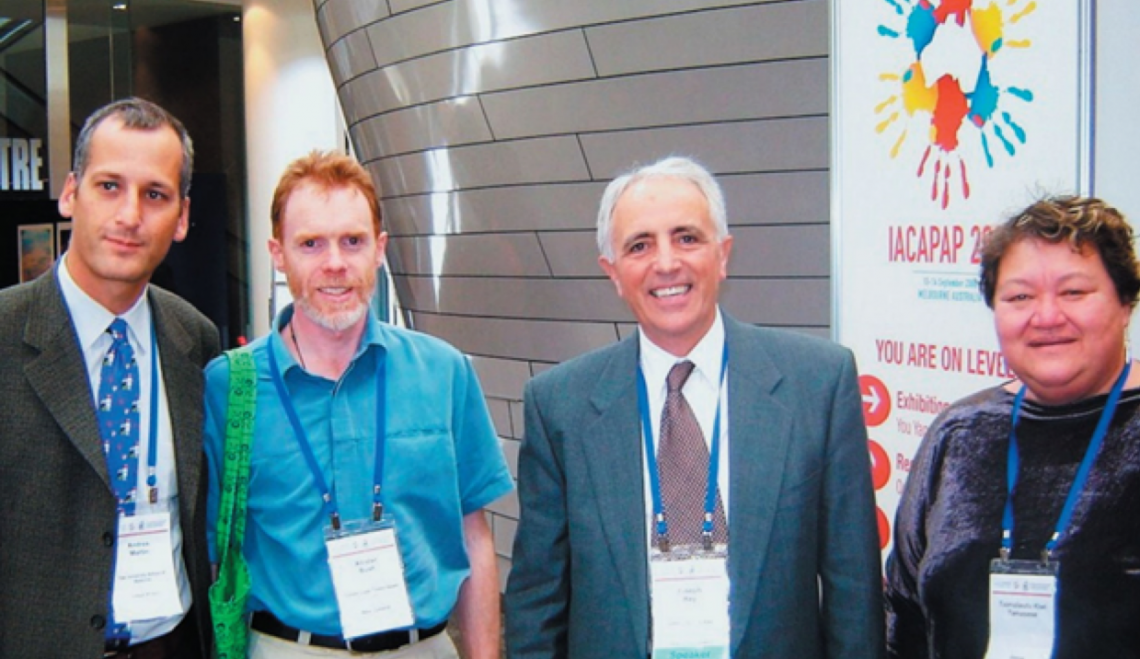 It is with great pleasure and shared pride that this labor of love, this game-changer of a virtual and ubiquitous volume, this beautiful piece of scholarship that has already touched the lives of so many, that this masterpiece is renamed after its creator. From here on out, that erstwhile work will be known by its new name: J.M. Rey’s IACAPAP e-Textbook of Child and Adolescent Mental Health. Please take note and update accordingly. And please celebrate its master creator when you next see him, this man who gave definite content and form to such a masterfully curated collection of our field’s best. In the words of my land’s classic mariachi song by José Alfredo Jiménez, the book’s new title says it all: Pero sigo siendo el Rey. 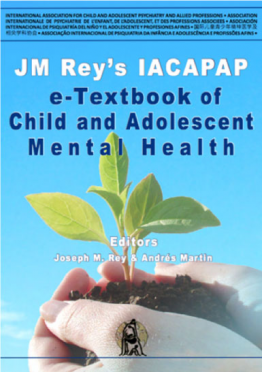