There are only three words for what is needed for child psychiatric practice to improve and innovate; Research, research and research. Research is defined as a careful and detailed study into a specific problem, concern, or issue using the scientific method. This is best accomplished by turning the issue into a question, with the intent for research to answer that question.

The founders of IACAPAP had prescribed three simple strategies to achieve its goal to “advocate for the promotion of the mental health and development of children and adolescents”. These are stated in its mission, “through policy, practice and research”. Though simple, these three aspects of policy, practice and research set the overall tone of our organization. I hope to share my views on this in the next few issues of the Bulletin. As August, in the penultimate year before our world congress, is the month in which we hold the Helmut Remschmidt Research Seminar, it is very appropriate for me to share a little on how research can advocate for mental health.

“The HRRS, as it is affectionately called by many, is the result of a series of 6 research trainings that were started in 1983 in Germany by Helmut Remschmidt and Martin Schmidt”. The original aim of the seminars was to help young researchers in the field of child and adolescent mental health to pursue a scientific career. The European Research Seminar was inaugurated in 1998 in Heidelberg, following the German model, of which 6 were held, mostly in Italy. When Professor Helmut Remschmidt was elected President of IACAPAP in 1998, he transferred the Research Seminars to a European, then to an international level. At the 17th IACAPAP Congress in Melbourne 2006, the IACAPAP executive committee agreed to arrange research seminars, named the IACAPAP Helmut Remschmidt Research Seminars, in the geographical area where the next IACAPAP Congress will take place. The first of the HRRS took place in Turkey (Istanbul, 2008), followed by China (Beijing, 2010), France (Paris, 2012), South Africa (Stellenbosch, 2013), Canada (Kannanaskis, 2015) and Czech Republic (Svata Katerina, 2017). The seminars take place approximately 6 – 12 months before the Congress. Given that the next IACAPAP congress will be in Singapore in July 2020, a decision was therefore made to have the HRRS 2019 in Singapore with a particular focus on the Asian Region. The specific theme selected for the 7th HRRS is “Developing Research and Collaborations in Child & Adolescent Psychiatry and Mental Health in Asia”.

Why is research important? It can form the basis of good policies. Good research generates solutions that can be implemented to improve the lives of children and their environment. Child psychiatry, like many pediatric disciplines, lacks research. In fact, children are often considered orphans in research. Children are treated as vulnerable populations and increased ethical controls have been used to protect children and their issues from the risks of research. This is somewhat driven by past unethical practices. Unfortunately, children are not little adults and their issues cannot be addressed by understanding adult physiology or environments. Another issue in research with children is the lack of stakeholder inputs. Children are often regarded as unable to make decisions until they become capacitous and unfortunately mental capacity in children are age determined both in law and in practice. How many of us ask children about the way we should conduct research with them? Often we do research in children by assuming that we know better and that research is conducted on their behalf and for them. I recall a time when a 7 year old child, whose parents have agreed to a research involving blood samples on nutrition, asked me whether the injection to withdraw blood can make him behave better, and whether he needed to have this done on him. Can we stop even though his parents have agreed on his behalf? These constraints on child research limits the research that we do and assume that adult research can elucidate child centric questions. The amount of research funding towards child research is much smaller than what is available for adults and there are far more researchers studying adult and elderly issues than there are in children. Perhaps politicians do less for child research partly because of the fact that children are not able to cast votes. In developed countries where government endorsed research funding is available, the population proportion of young persons is not increasing but rapidly shrinking. In geographical areas where populations and children are flourishing, there is a paucity of child research.

With limited funding and resources, the impetus for good global research in children and their mental health is even more important. Many services in child mental health do not anchor themselves in research oriented programs but rely on University support to do research. This is a traditional way of doing things but research should form the backbone of every clinical department. Any service that is tertiary for child and adolescent mental health should also be a hotspot for research. Basic science research is certainly best done in University settings but the best clinical and translational research must exist within services that deal with children and adolescents, from the wards that children are admitted, to the community programs that exist around the world. The infrastructure for research already exist across the globe but the mindsets of our clinicians are not. IACAPAP’s HRRS can make the difference. Conceptualized to teach research skills, it is also a means to create champions dedicated to research. In the 7th HRRS meeting in Singapore, we had 21 young researchers from 12 countries come together to learn collaboratively, not just about methodology but about research advocacy. This is a game changer to make research an integral part of clinical work. After all, research is the enabler of innovation that medicine needs. IACAPAP must become the facilitator that can create a research oriented clinical practice and ultimately, the promise of global child and adolescent mental health, a better world for all of our next generation. 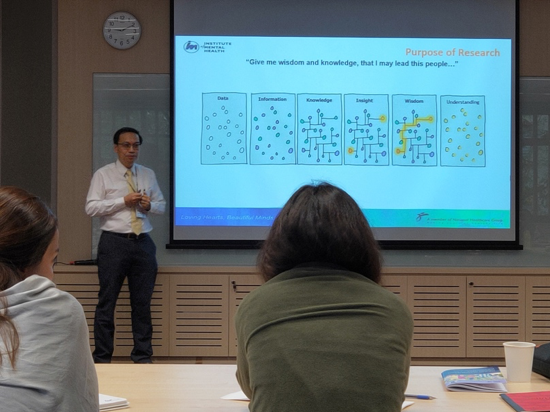 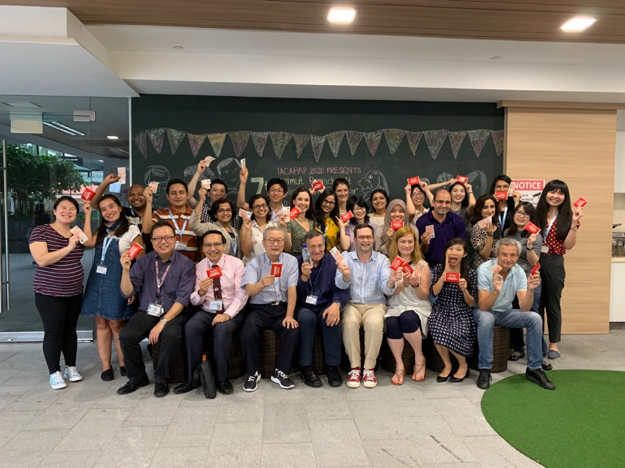