Planning for the Future

Singapore is one of the most meticulously planned cities in the world. Over half a century ago, a group of nationalistic children of migrants at the tip of the Malayan peninsula decided to seek independence from their colonial masters to forge their own nation.  Singapore declared independence in 1965 after a brief federation with Malaysia.  Once independent, the founding fathers decided that city planning was critical in a small country roughly 650 square kilometres in low tide.  The planning called for a long-term Concept plan lasting at least 50 years with 10 yearly reviews, a medium-term Master plan which represents a blueprint for land use and transportation reviewed 5 yearly and a short-term development plan which is reviewed annually.

Why am I sharing this with you?  IACAPAP is celebrating its 85th Anniversary this year since its inception in 1937.  We have come a long way in developing the organisation and we have been making strategic plans since 2010, which I credit to our first African President, Olayinka Omigbodun.  You can find the plans here.  But our plans are relatively short termed focused largely on world congresses which occur every two years.  We elect an executive committee (EXCO) to oversee the work of IACAPAP once every 4 years.  The Constitution allows for office bearers to stay longer than their terms, but they must run for elections.  Since I came into office in 2018, together with the Bureau (this consists of the president, past president, treasurer, and secretary general) and EXCO, we have been planning annual retreats to plan forward but in a relatively short-term manner.  In these last 4 years, we have spent many hours trying to do old things and new ones based on our vision and mission.  But we have not been able to oversee a medium- or long-term plan.  Perhaps it’s because we never intentionally meant to plan long term as the elections occur over a short period every 4 years.  Many organisations don’t have such plans even when there are aspirational visions.  This same principle exists in nations and most countries do not have governments that stay in power long enough to plan.  I am not qualified to discuss the ideals of democracy but the lack of long-term planning affects the long term future of an ideal.  There is a Chinese saying that goes, countries have laws while families have rules.  Families and its leaders, the parents, can plan for their future because parenting is long term (or at least for about 20 years). Should parenthood be planned as well? 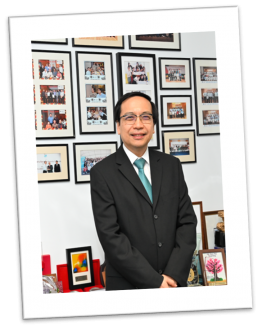 The term planned parenthood, also called family planning, is a practice of measures designed to regulate the number and spacing of children within a family.  This was driven by a fear of uncontrolled population growth before the 1950s. This traditional view is no longer discussed as many developed and developing nations no longer have this problem as young families often decide to have few children, if at all.  In fact, the whole concept of families is disrupted by new ideas of gender roles and sexuality. At a superficial level, planning for children and their future seems rather overprotective and controlling.  The idea of a woman becoming pregnant is also about personal as well as couple choices.  For healthcare professionals, family planning is more often about the risks of pregnancy (including treatments during pregnancy) and the genetics of transmitting at risk genes to the offspring.  In clearly genetic conditions like cystic fibrosis, family planning is critical as part of holistic care.  Do we do the same for psychiatric illnesses and the strong genetic risks associated with it?  Would this be regarded as some form of eugenics that is clearly wrong? There is also the question of access to abortion and the political questions that have arisen from this, linked once again to the idea of choice.

Yet planning is a critical part of raising children.  The problems that we see as child mental health professionals can be related to the overwhelming of parents in their new roles and family stress, in what is the most sensitive periods of development.  One good starting point for this may be in the planning of families for professionals who work in our field. A review of the challenges of physician mothers suggests problems in family planning, pregnancy, raising children, work life integration, inequities and biases. Do we have good solutions for mothers who are mental health professionals?  The opportunities for such planning can start with a Concept plan of discussing the family life cycle as couples pair up and get married.  A Master plan is embarked once marriage is officially initiated and a Development plan for children and how to raise them regularly discussed across the developmental milestones.  Creating formalised training and mentorship of parents, providing support during childbearing and child rearing, and identifying work life harmony for both parents should form integral elements of such ongoing parenting plans.  Involving the greater community (not just the extended family) in this process is also crucial, probably best characterised in the African proverb, it takes a village to raise a child. 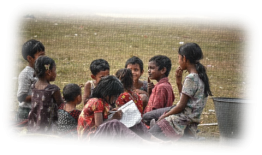 There is a need to revisit the idea of planned parenthood but instead of focusing on numbers and spacing of children, focus on the quality and value of good parents both in the preconception period as well as in the ongoing developmental journey.  Alongside this, the role of other important caregiving adults who help with the parenting process as well as the mentoring and coaching parents.  Good parents provide a benevolent support to the developing child.  In a world where parenting is increasingly being delegated to childcare services, perhaps its time for us to plan long term, by redesigning planned parenthood from our vantage point as mental health professionals.  We can do so much more by preventing adverse childhood experiences than just treating mental illness in youths.