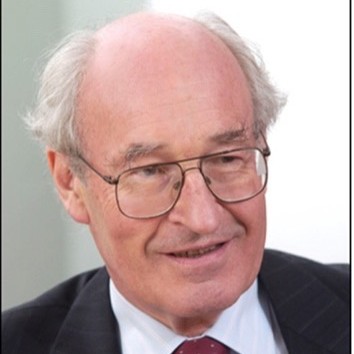 Professor Sir Michael Rutter was the first professor of child psychiatry in the UK, and during his life he completely revolutionized the field. He was the founder of the new discipline of developmental psychopathology, that integrates perspectives from psychiatry, developmental psychology and epidemiology. Underpinning his approach was a strong adherence to the scientific method, which was radical when he began his research in the late 1950’s. At the time child psychiatry and much of psychiatry and clinical psychology were dominated by psychoanalysis. By contrast, his scientific approach required close observation, development of hypotheses, and then rigorous testing using robust methodologies (Sonuga-Barke, Fearon, & Scott, 2022).

This research approach was applied to an extraordinary range of topics (Stevenson, 2022) reflected in an enormous publication output, collated by Stevenson in the Digest of Rutter’s life’s work (see further information below). His prolific output included 546 authored or co-authored papers and 52 books. From this vast span of topics in child and adolescent psychiatry, only a few can be mentioned here.

From early in his career he pioneered assessment in psychiatry. He developed with George Brown the measure expressed emotion, initially for research into families of people with schizophrenia, but the instrument was then used with families in which young people had many other disorders. He developed numerous questionnaire measures, including scales to assess child and adolescent psychopathology, which became the fore-runner of the Strengths and Difficulties Questionnaire (SDQ). Alongside this was the development of numerous psychiatric interviews. He understood the importance of interviewing children, and taking into account their perspective. With colleagues he developed diagnostic interviews for autism such as the ADI and ADOS, which have in recent years entered standard clinical practice.

Rutter made major contributions to the study of autism. With Susan Folstein he carried out the first genetic study using a twin design, and showed that genetic factors were a very important cause of autism. This was revolutionary at the time (1977) when many people thought autism was caused by parenting deficits and maternal interactional style. The research lead to further family studies of autism and its broader phenotype, and collaborative research into the molecular genetics of the disorder Rutter was active in researching treatments for young children with autism. With Howlin and others, behavioral approaches were used to eliminate abnormal behavior and positive behavior emphasized. The findings pointed to the need for home-based programs for the family, and the importance of addressing educational needs.

Rutter was fascinated by the nature nurture interplay, and in particular the question as to why some children became resilient against adversity while others were not. Ann Masten regarded him as the leading figure in resilience research. Areas of investigation included the variation in outcomes of institutionally reared children. Amongst the interesting findings were that planning in adolescence and achieving a good and a stable marriage were important factors in achieving better outcomes. Later his attention turned to the development of children who came from the very abnormal environments of the Rumanian orphanages. Longitudinal studies with “natural experiments”, made possible by adoption at difference ages, resulted in many important findings. These revealed that earlier adoption was associated with fewer later deficits, with a threshold at around 6 months, and adoption below that age could result in normal development.

Rutter’s early life was eventful. He was born in Lebanon and as an infant came to England with his family. In 1940 at the age of 7 years, during the second World War, when many children were evacuated from the cities, he went to live in USA with a foster family. He returned four years later to join his birth family. After undergraduate studies in medicine at Birmingham University, he went to the Maudsley Hospital for psychiatric training. The doyen of psychiatry Professor Aubrey Lewis, recommended that he become a child psychiatrist, but that the training in the field was of such poor quality that it was to be avoided, and it would dull his curiosity. Rutter duly followed this advice.

He worked at the Institute of Psychiatry Psychology and Neuroscience for 55 years. He was awarded Chairs in Child Psychiatry in 1973 and Developmental Psychopathology in 1988. He set up and directed the Medical Research Council’s Child Psychiatry Research Unit in 1984. Ten years later he established the Social, Genetic, and Developmental Research Centre, which attracted world leading researchers. He was prominent in many grant giving bodies such as the Medical Research Council, and became deputy chair of the Wellcome Trust and trustee of the Nuffield Foundation. His extraordinarily influential research resulted in the award of 21 honorary doctorates and numerous awards from many institutions. He was well known to many leaders in IACAPAP, and spoke at a number of conferences.

Rutter was raised as a Quaker. He described himself as a non-theist Quaker who followed many of its values such as respect for human life and need to oppose injustice. He was exceptionally driven and maintained very high standards in research and ethical conduct. In addition he was highly supportive to countless trainees (and I was one), and he nurtured many researchers who later obtained prominent positions. His research framework, methodological rigour and breadth, and ethical code, underpin the knowledge, skills and moral compass that orientate IACAPAP.  We are all walking in his footsteps.