From Pathogenesis to Salutogenesis

One year ago, I took on a new job. Many of you may already know that I am currently the chief executive of the Institute of Mental Health in Singapore but not many will know that I was made a grandfather with the birth of my first grandson in September last year. Unlike the work that I do in my professional life, being a grandfather is not really a job in the normal sense, in that there is no clear job description, the hours are unpredictable and instead of remuneration in currency, we get paid in emotional satisfaction and a heartful of laughter and joy. This life changing new career made me ponder on the next generation.

What is the key to our work as child psychiatrists? As I sit behind my desk and talk to 10 families every clinical session in all their various forms, it is a tedious process of helping them to understand their particular dynamic and the role of individuals within the family ecosystem in contributing to the problems of the identified patient. This meticulous unravelling of emotional knots can be deeply satisfying to the patients as it is to the therapist. And yet, this is slow medicine, one family at a time. What if there are better ways of doing things which also call to our attention? I was recently asked to write a chapter for a new Chinese textbook on prevention and I accepted it not realising the amount of work that one needs to go through in sieving out the best bits of evidence base for a textbook chapter which is essentially a recipe for practice. It is in going through the knowledge base that I begin to see another job that we as child psychiatrists sometimes miss. It’s the archetypal missing the forest in the trees.

As we look at families individually, I am reminded of Leo Tolstoy in his 1877 novel Anna Karenina which begins with “all happy families are alike; each unhappy family is unhappy in its own way”. What this presupposes is that there are attributes in families that contribute to family dysfunction. Risks and strengths in systems predict problems. This is the basis of a new job description that we as child psychiatrists need to be responsible for. What are the systemic issues that help us understand the problems at the individual level which can form the basis for prevention? This is an important job and can lead to important changes in our systems of care if we care to look at them. 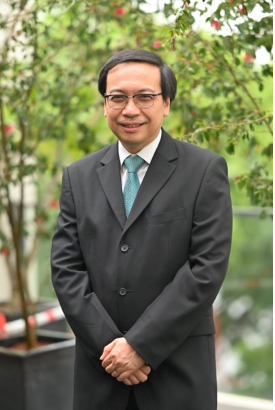 For example, if the problem of crime is associated with low socioeconomic status, then catching criminals and having a large police force is probably not the solution. Rather it is better addressed by reducing poverty than tackling crime alone. I can hear some child psychiatrists already calling me out, “are we even trained to do this?” Well, my counter question is, are policeman trained to deal with poverty? They aren’t, but they have a vested interest and in the UK recently, that was exactly what the Police Chief advocated for (see Tackle poverty and inequality to reduce crime, says police chief | Police | The Guardian). We should take it as our role to investigate and understand the determinants of mental illness in children and work towards reducing the risks and improving the strengths to stop the likelihood of the development of a mental illness. Are we able to pivot to spending 20% of our time treating the children and their families and 80% of our time trying to understand the determinants of the illness in the first place?

The other piece of this new job description is in mental health promotion. This is an area most alien to the child psychiatrist. Although we are often called mental health professionals, we are in fact mental illness specialists. We spend time studying the psychopathology of mental illness and the risk factors that give rise to such illness. Is the promotion of mental health merely opposite to preventing illness so that once we eliminate illness, health will ensue? On the contrary, absence of illness does not suggest wellness. In fact, many surveys on happiness or subjective wellbeing suggest only a third of the population is in such a state, does it mean that the rest are unhappy and possibly mentally ill? So, in the psychopathological studies of illness and its prevention, we may have missed the other side of this equation. More research on the origins of health which so fascinated people like Antonovsky, Eriksson and Lindstrom, needs to be done. Not that it hasn’t but much of it still resides in social sciences and psychology. As physicians start to venture into population health, we will start to see how the sense of coherence can be better understood from the population rather than a medical or illness approach. Salutogenesis is the idea of understanding the elements of health and how to better promote it. This concept can be described with a metaphor of a river of life in which health development is not merely avoiding stress but teaching people how to cope with stress. Erikson and Lindstrom describes “the river of life is a simple way to demonstrate the characteristics of medicine (care and treatment) and public health (prevention and promotion) shifting the perspective and the focus from medicine to public health and health promotion towards population health.” Populations that do not learn to swim and develop illness will flow down the river into the waterfall of death. Healthcare services are like safety nets that try to fish people out of the water. Prevention of mental illness and promotion of mental health focuses on the individual’s ability to get out of the water themselves, or with minimum help. One classic example of how salutogenesis can be used is the approach to suicide and what appears to be a growing epidemic in the young. A purely medical pathogenic approach cannot resolve all issues.

I suppose as we think of prevention of mental illness and the promotion of mental health, we may end up looking over our shoulders and wondering if we chose the right vocation in the first place. If we were to succeed, we would literally be out of a job. Perhaps so, but it would mean an entirely different job. Like the policeman who fights poverty will be much richer in the new society that he creates, we too may become harbingers of a new tomorrow in which “all children grow up healthy, emotionally as well as physically, and realize their potential to contribute to their society”