Cannabis Harmfulness to Youth: What Does Legalization Have To Do With It? 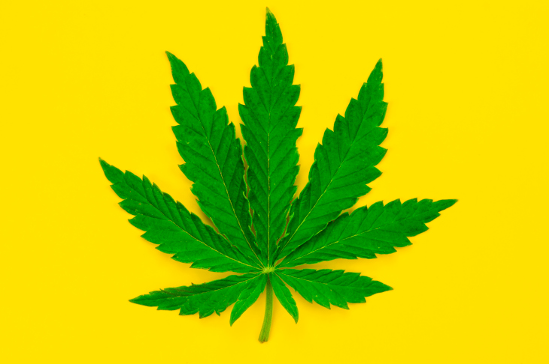 Regardless of media’s overwhelming positive coverage, cannabis is not a harmless drug and is particularly damaging to vulnerable youth whose brains’ neurocognitive functions and pre frontal cortex (PFC) are still developing until the age of 25 years. The endogenous cannabinoid system’s role in the development of synapses and myelin in the PFC is well established. Flooding of the brain with exogenous cannabis and the increase in concentration of Tetrahydrocannabinol (THC), the active component responsible for the desired emotional “high”, is overwhelming and impairs learning due to negative impact on concentration, attention and short, and long-term memory. These negative consequences contribute to school dropout.

There are many negative consequences of cannabis use by youth including: the development of cannabis use disorder (SUD) in one of every six users (double of the adult onset of use); early onset psychosis; increased suicidality; exacerbation of depression; increased risk for car crashes and associated fatalities; impairment of cognitive and academic performance; increase in emergency room visits and poison center consultations due to cannabis (including of toddlers and children); in addition to maternal cannabis use related consequences to the child and also potential epigenetic effects resulting in changes of mRNA in animal studies of mice and their offspring.

Multiple medical associations expressed an anti-legalization position regarding recreational purposes (LRC) due to increasing public health concerns and having little confidence that regulation and enforcement of age limits on legal use would be effective. That is similar to the failure to control adolescent use of tobacco products and alcohol. North American studies reported adolescents’ opinions that legalization in their states or in Canada will result in the increase of 14-20% of likelihood in experimenting with cannabis (Palamar et al. 2014).  Furthermore, in states where LRC has been implemented cannabis use by adolescents has increased as predicted by 15-20% (Miech et al. 2015). The reason for this epidemiological trend can be attributed to the normalization of LRC that have contributed to the perceived message that cannabis use is becoming normative, harmless and even favorable. Any liberalization of cannabis use worldwide has shown increase in first time users and a decreased age of use onset (Williams & Bretteville-Jensen 2014).

The market share of various cannabis products such as flavored vaping cartridges with catchy names, tasty drinkables and edibles including “gummy bears”, and more targeting youth keeps on growing. The increase of THC concentration now to about 20% in smokable cannabis and up to 100% in oils has made cannabis into a more accessible and unfortunately potentially a more harmful drug. For example, a concentration of THC above 10% increases the likelihood of an acute early onset psychosis. The age of onset and frequency of use play a role in negative consequences of use as well.

The pitch for LRC driven by financial interests for the few and the industry while increasing the burden on society will result in minimal increase of coveted state tax revenues while demanding expenditure of more resources to address the costs of negative medical, mental, developmental consequences and road safety hazards (similarly to the tobacco and alcohol sales added costs to public health). The argument for legalization as a barrier for the “black market” is unsustainable due to unpredictable patterns of supply and demand as well as lability in cannabis product prices.

This is a complex dilemma that commands a comprehensive and sharp analysis before hastily moving into LRC state beyond the present medical cannabis and decriminalization de facto status of adult personal use that has already been problematically managed.

First, that the medical establishment in general and the psychiatric/addiction leadership in particular will clearly state an objection to any change in the legal status of cannabis without a comprehensive assessment of the list of considerable negative outcomes. Second, wait at least 3 more years for the Canadian “social experiment” in LRC, and Third, if and when such a change may be recommended that a list of contingencies such as: a limit on THC concentrations (a 10% consideration), supervision of the quality of (active psychotropic and inactive components) of cannabis products, child proof packages to name a few. Also, added resources for education-prevention curricula, mental health and addiction services, road safety enforcement and age limits enforcement on commercial availability and use should be legally implemented. Finally, the industry’s influence (lobbying) on policy making should be significantly curtailed including on advertisement affecting youth on social media and concerts as recently announced in an agreement between JUUL (the largest producer of E-cigarettes in the USA) and the state of North Carolina associated with a financial compensation for the state.

With a focus on the following categories that are relevant to youth prevention and intervention:

Miech RA, Johnston LD, O’Malley PM. Trends in use of marijuana and attitudes toward marijuana among youth before and after decriminalization. Int J drug Policy 26(4):336-344, 2015