CAMHS services in India: An Experience from the Field

India has a population of about 1.3 billion, out of which almost 40% are children and adolescents. The youth here are overtly exposed to overzealous amounts of environmental stressors which predisposes to early onset of psychiatric disorders. This creates an intense need for psychiatry services for children and adolescents both in urban and rural areas. Despite the need, there are very few centres across the vast country of India to provide child and adolescent psychiatric care. Understanding this necessity, the department of psychiatry at the Topiwala National Medical College and BYL Charitable hospital, Mumbai, started their exclusive child and adolescent psychiatry services in the public sector. Having said this, this service has been catering to patients for almost 14 years and has an outreach to almost 10,000 children per year who come from around the state.

Our clinic was one of the first in India to open a learning disability clinic and autism testing centre in the city of Mumbai in Western India. Owing to ignorance and lack of awareness even amongst the medical professionals at that point in time, it was initially met with a lot of resistance as far as funding. Since its inception, the child and adolescent service has shown an exponential rise in the number of patients seeking help with around 10,000 from all strata of society seeking treatment. The learning disabilities clinic is fully adept with a staff of psychiatrists, psychologists and special educators and each year almost 2500-3000 children are enrolled and undergo testing here, more than any other hospital and centre in the state and one of the few in the country. Regular counselling sessions for the parents of these children diagnosed with Learning disorders are conducted

Additionally, children have access to a special remedial education centre called the Vivekanand Remedial centre, with trained educators dealing with learning disabilities. Apart from this, the hospital is equipped with a team which deals with autism screening and diagnosis. A thorough evaluation for autism comprises of evaluations by a psychiatrist, paediatrician, psychologist, ENT specialist, occupational therapist and special educator. Before the government approved certification, each case is discussed at length with the entire team. This holistic service makes it convenient for the patient to access all services under one roof and allows for the multidisciplinary team to coordinate comprehensive treatment plans. The department also has set up an intervention school for children with autism called the ADI school (Autism Dynamic Intervention). Every year around 25-30 children are enrolled and an individualised curriculum is set up for each child by the teachers. Apart from this, pet assisted therapy for children with Autism is also held on a weekly basis by a trained pet therapist. 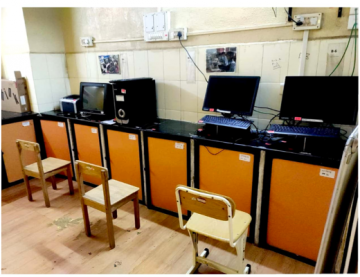 In spite of having a multidisciplinary and holistic team available in the public sector, there are a lot of challenges confronted on a daily basis. First and foremost, the number of children and adolescents seeking services is huge. Although this is a great thing that shows that efforts to raise awareness have been successful, it also means that the team needs to work for longer hours and may sometimes feel slightly burdened. Owing to the long list of patients, the appointments given maybe really far away from each other which is inconvenient for the patients and parents. The centre also being one of the very few of its kind, people seek services from far off places not just from the city but also from neighbouring cities due to lack of such holistic facilities elsewhere. Travel costs and time constraints are other reasons that cause inconvenience to many patients and caregivers.

Another extremely big hurdle is the lack of understanding about psychiatric and neurodevelopmental disorders in the parents and families which needs the treating psychiatrist to put in more efforts for psychoeducation. The concept of joint families in India poses yet another challenge because there can be a lot of interference in the home management of these children with multiple caretakers involved. Being a tertiary care hospital, a lot of times, cases get referred after multiple consults with other local doctors without coming to a proper diagnosis and without much improvement in the condition of the child. Although this enables and challenges us to deal with more complicated and treatment resistant cases, it also means that there is delay in early diagnosis and quality of initial care of the patients which then may affect the long-term prognosis. It also poses a challenge for ensuring timely follow up of these patients, directly leading to poorer outcomes. This prompts the need for more centres of similar nature. There is a high ratio of patients to doctors which needs to improve, despite that,  the doctors give their very best to not hamper their patient care. Owing to large numbers, the government certification process takes a while and that poses a challenge to a well-functioning system. At the end of the day, the satisfaction of having being available to so many children and families and their gratefulness towards us makes it all worth it. Many parents who understand the importance of the work that the CAMH services does here willingly make donations to the department in their own small ways. 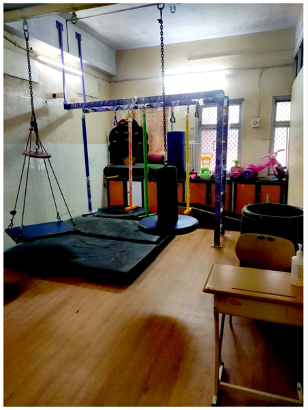 The pandemic posed further challenges for an already stressed system.  This immediately prompted us to introduce telepsychiatry services for our patients at the departmental level. In depth standard operating procedures were formulated and the services were made available via telephonic and video calling facilities. Even though this service was made accessible to all, there was still an access problem for the patients approaching us from remote places due to lack of adequate connectivity via telephone and the internet. As many patients as possible continued follow up via this service and tele or e-prescriptions were made available to them for ease of continuity of the psychiatric treatment. Tele-consultation being a fairly new concept in India, there was a lot of initial resistance from the pharmacies to dispense medications via e-prescriptions and a lot of times the doctors personally had to call up the pharmacies and explain to them the need to comply or at many instances even educate them about the newly introduced tele-consultation regulations in India. A lot of cases of autism and ADHD worsened over the pandemic and handling them telephonically was a challenge especially if it was combined with dealing with parents with poor understanding of their child’s condition. Apart from this, the ADI school and the LD remedial education services were kept functional over an online platform.

Conducting such sessions was difficult for the teachers as well as the students alike not just because it was a new mode of education, but also because it was difficult to overcome device and network issues. Lack of privacy due at the smaller houses made it extremely difficult for the kids to pay attention and keep up with the studies. In spite of all these difficulties, these remote services were well utilised by many families at no extra cost and that helped thousands of kids and families to maintain the continuity of psychiatric care.

In a developing country like India, where psychiatry itself is such a stigmatized field, handling a Child and Adolescent psychiatry centre comes with a lot of logistical, financial and methodological challenges. It starts with the very basic problem of explaining to officials the needs for such multidisciplinary teams for this age group and getting it set up and goes as far as keeping it functioning for as many patients as possible. This means that the doctors need to go over and above their normal working hours to ensure no patient returns without adequate help. Psychiatrists and especially child psychiatrists in India still face a lot of resistance from other medical faculties and the common man alike. The psychiatrists need to go out of their way and put in extra efforts to educate the parents and family about psychiatric disorders in their children and also explain the need for timely treatment. In spite of all this, the happiness of having treated not just a child but an entire family and the growing awareness about child psychiatry in India is what stands as a motivation to keep going. India as a country has still a long way to go as far as CAMH services are concerned, but from where we see it, we are miles ahead of where we were a decade ago.