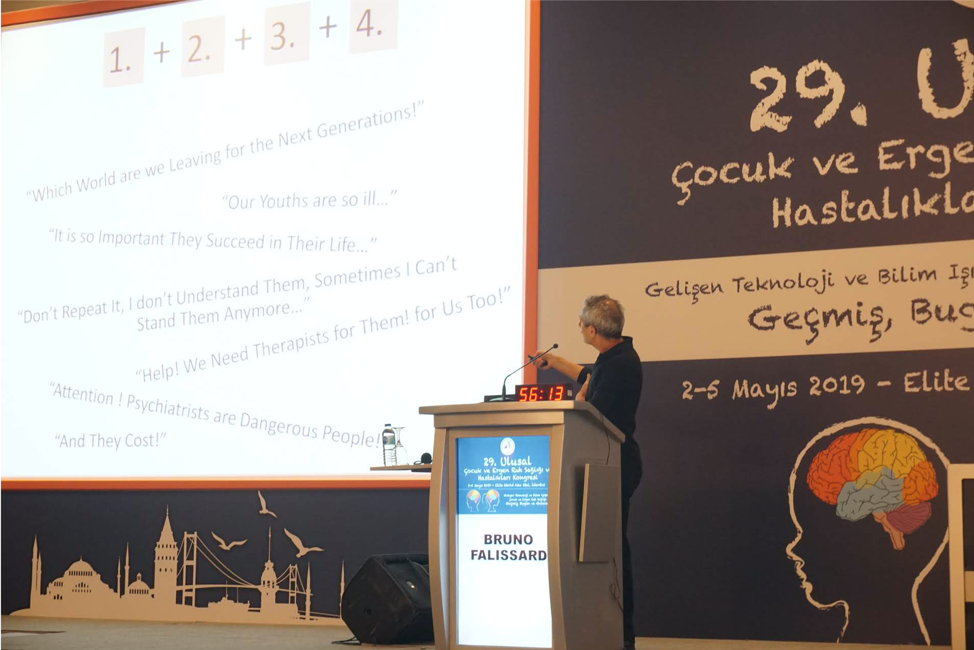 The congress was attended by more than 500 participants from different disciplines. There were 41 panels, 4 keynote lectures, 4 courses, 4 expert meetings, 110 oral presentations, 113 poster presentations and 18 committee meetings. Keynote lecturers were Bruno Falissard, Patricia Ibeziako, Özlem Bozdağı, and Anne Throup. English and Turkish languages were the official languages of the congress and the simultaneous translation between the two languages was provided.

The congress was held in Istanbul, the city of the past, the present and the future. İstanbul connects not only the two continents, but also cultures and people. The mysticism of the East and the modernity of the West are blending the past and the future. It is one of the most visited places in the world. Participants got to experience it’s beauty first hand.

Past president of the International Association for Child and Adolescent Psychiatry and Allied Profession (IACAPAP), Bruno Falissard presented two lectures entitled “Planning the future of child and adolescent psychiatry” and “How connexionist neurosciences can fill the gap between mind, brain and development?”. Patricia Ibeziako, Associate Chief of Psychiatry and Director of the Consultation Service Boston Children’s Hospital/Harvard Medical School shared her “Consultation Liaison Experiences” as a keynote lecture. The other well-attended keynote lectures were “Recent developments in autism spectrum disorder genetics’ by Ozlem Bozdagi and ‘Children born to parents with severe mental illness: early signs of psychopathology in a developmental perspective’ by Anne Throup.

Participation in the courses was remarkable. Especially the schema therapy attracted great attention from the participants. Thirty-seven residents were given scholarships to attend the Congress.

A project entitled ‘Is there a relationship between endophenotypes of ADHD and different distribution of immune cells?’ by Cetin and colleagues received the Professor Atilla Turgay Best Research Award.

Three research projects received the Professor Fahrettin Kerim Gökay Child and Adolescent Psychiatry Research Presentation Award: Gul and colleagues came first with their project “The Role of SLC6A2 Polymorphisms in Response to Atomoxetine Treatment in Akgul- Attention Deficit Hyperactivity Disorder” study; Akgul and colleagues were awarded the second prize for “Are Neurocognitive Skills and Social Cognition Associated with Social and Role Functionality in Adolescents with Familial High Risk for Psychosis?”; and Kutuk and colleagues received the third prize for “Inflammation indicators and trichotillomania”. Cam Ray and colleagues were awarded the TACAP Project Award for their study.

The concert of Bulut Band, a band formed by doctors, was a prominent social activity at our congress. The band, led by a child and adolescent psychiatrist, Oğuzhan Zahmacıoğlu, gave a magnificent concert at the congress hotel. Participants had a great night with the mesmerizing performance of the Bulut band. 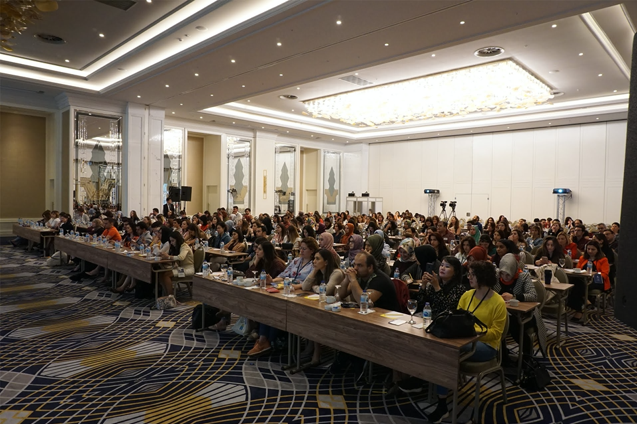 Attendees at the Congress